Set in the rural early 20th century South, Rose, an African-American beauty, swings quietly under the moonlight. A tranquil moment is brutally ended when Owens, a one-armed man, shoots her and then himself.

The morning of the shooting, Rose begins a beautiful day troubled. She sits on her porch, waiting for her husband, as she always does, and reflecting on her life.

Flash back to ten years earlier where Rose is wooed by Owens’ promise “a pretty girl should never be without pretty things.” Hoping Owens will provide her an escape from this town and a life of poverty, she marries him. 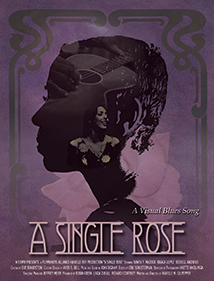 A couple of years pass, and Rose waits on the porch for Owens. She already feels the weight of a marriage to a husband who is constantly away. That night, she decides to join a friend at Lola Mae’s, a juke joint nearby. She’s encouraged to get on stage and sing by the house singer, and finds a joy and escape she has not felt before. A man makes an advance, but she ignores him. After all, she’s married. Yet, she returns home to an empty house.

As the years pass, Rose continues to fill the void caused Owens’ frequent absences by singing at Lola Mae’s. Back to the day of the shooting where Rose, waiting on the porch in tears, reflects on what happened the night before. 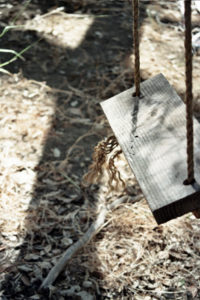 The night before the shooting, Rose is approached by a handsome man, Lee. She first shuns his advances, but when he promises “if you were my woman, I’d never leave you alone”, she gives in to the attention she craves.

The next morning – the day of the shooting — she awakens wracked with guilt, and begins her troubled wait on the porch. By the end of the day, it’s clear that once again, Owens will not show up.

That evening, Rose returns to Lola Mae’s to sing. A soldier at the club offers her a ride to New York, providing her with the escape she’s desired since a child. But when she returns home to pack, Owens is there. They have a bitter argument and she storms off to catch her ride. But when she arrives at Lola Mae’s, the soldier is gone. Resigned to her fate, Rose returns home to swing under the moonlight, expecting Owens and a long awaited final escape.